Previously: “I can’t see the bright side…”
Next: “And I ask myself…”

I feel like a failure. I know I’m not one but I still feel it. I do. I’m tired of struggling. I’m weary of it.

its too fucking familiar.

Maybe I’m over exaggerating. Maybe it won’t be so bad.z

I have a few friends that I’m on the same wave length with there  and I’m familiar with Houston. I can get around pretty much with out the use of technology.

I feel like I don’t know its culture and its quirks.

Other than it being a hard city to leave.

It actually reminds me of how NYC is a hard city to leave.

The routine of it. The surrounded by people but still very much alone of it.

The quirk and pomp of it.

It gave me so much in such little time.

I already knew I loved it here but now I have a different kind of reverence for it in my heart. Something you only get living here.

Like the  fascinating disarmament of a stern “how you doing?” and the genuine interest in the answer.

or the having your comfort zone tested because you’re in a room of strangers and still be willing and even encouraged to let my voice be heard.

New Orleans is special and the people in it even more so.

but I have to leave.

being underfunded and “alone” in a new city is no joke.

being underfunded ain’t no joke.

Thriving is the goal.

Thriving is the mission.

I want to thrive. 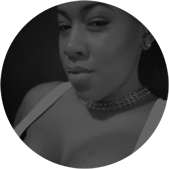 Uche lived in New York for 10 years. She now lives in Houston, TX, baby. She enjoys twerking to UGK, flirting with NOLA niggas, and letting the choppa spray when the occasion calls for it.