Previously: “Houston is growing on me…”
Next: “Real Housewives of Doha” 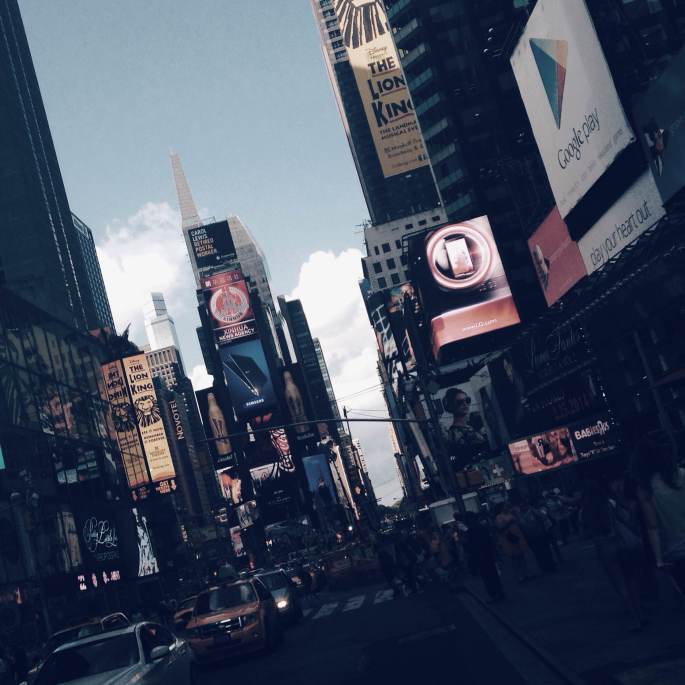 New York and I have been through a lot together. The popular metaphor is that living in NY is like being in a dysfunctional relationship–s/he’s an asshole but the sex is so fucking good.

I was visiting my Mom in Pittsburgh on Sept. 11, 2001. She’d had a minor surgery the day before and I planned a short visit just to lend my support. I was slated to fly home Sept. 12th–clearly that didn’t happen as the airports were all closed for days. My father wanted me to stay in Pittsburgh for awhile until “things calmed down” but on Sept. 14th I flew to Philly, one of seven people on the entire plane counting one flight attendant and two pilots, and then took the Greyhound the rest of the way to Port Authority. I’d never seen the city like that before…chillingly still, dusty. Still-lit candles were gathered on random, empty street corners; missing person posters blanketed every wall, “post no bills” warnings be damned. Something horribly disastrous had happened, yet I couldn’t bare to be away. I HAD to be there with my city. I had to gather in Union Sq. and just kinda stare at everyone the way they were staring at me and each other–an effort to silently gauge how personal the loss. For me it was very personal: my dad’s best friend’s son and my brother’s best friend Todd Hill died that day. I had to look at every face on those posters and feel the resilience and camaraderie from these strangers, my neighbors, bound together through tragedy.

I felt similarly during the Blackout of 2003. Once again my dad urged me to get the fuck out of dodge but I had to stay. I had to be hot, grumpy, and bored, and shop in dark bodegas with the bit of cash I had and post up on the stoop with my hot, grumpy, and bored friends for days until the power was restored. I wouldn’t have wished myself elsewhere. Had to be there.

A few days ago a grand jury in New York ruled that the police officer who killed Eric Garner would not be charged for his crime. Quite predictably, the city (and the world) erupted, already pissed, sore, and on edge in the aftermath of word that Mike Brown’s killer would also be getting away with murder. Protesters, a good number of my friends among them, effectively shut down the West Side Highway and Grand Central, locked down Rockefeller Center, Times Square, Herald Square–they TURNED UP. And I was (and am) proud. Angry it had to be done, that this was the only way to be heard through the dense fog of systematic racism embedded in damn near every facet of this country that makes it somehow okay to kill unarmed, innocent Black people because Blackness itself is a perceived threat. But proud of my people for rising up together against our common enemy: anti-Blackness, and anyone that dare deny it’s existence while they benefit from it. So often we as Black people in America aren’t allowed the luxury of even pretending shit ain’t fucked up–not when we have to fear for our sons and daughters and pray today ain’t the day we ourselves won’t be mistaken for some Super Violent Master Criminal Thug Nigger just for existing. No one should get to gloss past our pain. Being momentarily inconvenienced during your commute home is a fate far better than the constant fear and ache for justice Black people feel. It’s a small price to pay for the privileged as most things are.

I’m rambling, and many other people have said this way better than me. My point is that I want to be home again for this seminal moment in history. I’m still working out what’s pulling me there. I know it’s not any need to be seen or for any photo ops because I don’t need those to prove my solidarity. I been down. It has to be in some way tied to the same reason I rushed back after 9/11 and stayed through the sweltering blackout and then some: THIS MY SHIT. It’s a minor complication that I no longer live there when that city grew the woman I am today in it’s belly. I want to show up and be heard by any means necessary. I want to be part of a message, even if it’s a tiny part. My father was at the March on Washington because he believed in the message, so it’s not in my blood to be stagnant. I want to see my friends’ faces and hug them and see my streets and lay down on them streets if necessary and know that I have another experience that nobody can take that shapes me as not only a New Yorker but a resilient human being who is tired of having to be so resilient. I couldn’t make it to Ferguson, so I supported my friends there in other ways including monetarily. Now my support needs to be greater.

I’m still working out the logistics of it. And it’s quickly becoming rather complicated as most things tend to once I need them to happen. But I have to get home.

It’ll cost me money I don’t really have but I have to get home.

It’ll be heart-wrenching but I have to. 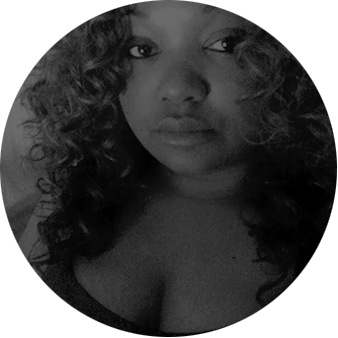 huny lived in New York for 15 years. She now lives in Pittsburgh, PA. She enjoys the Steel City diamond life, lover boys, and moving in space with minimum waste and maximum joy.